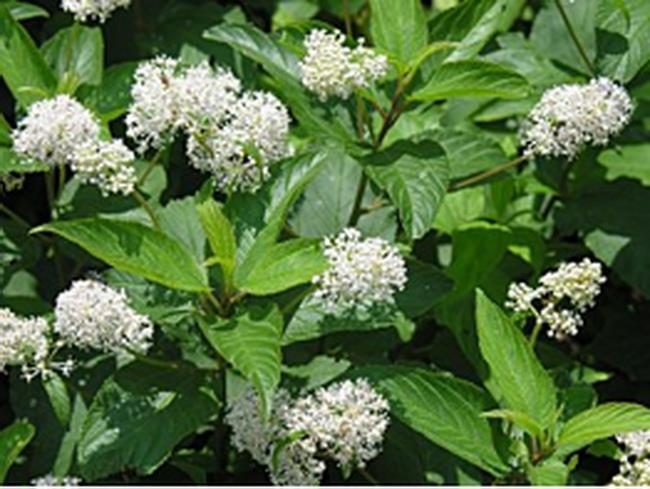 New Jersey Tea is a short, woody plant, growing less than three feet tall, with a cloud of tiny white flowers. It flourishes in full or partial sun in zones 4 to 8. The nitrogen-fixing roots grow stubborn and deep making the plant drought resistant, but also difficult to transplant. Because root growth comes first, the plants seem slow to establish. Seeds are available, but require stratification (refrigeration) and scarifying (nicking the seeds’ outer surfaces) to help germination.

The leaves of New Jersey Tea, unsurprisingly, have traditionally been used to brew a caffeine-free tea. They have a mild wintergreen fragrance which can be refreshing.  Historically the main virtue of New Jersey Tea was that it was free, did not have to be imported, and could not be taxed by the Crown. That made it a patriotic beverage choice during the American War of Independence.

Deer and bunnies are fond of the stems and ground birds, like turkey, enjoy the seeds.  This is all good news or bad news, depending on your feelings about feeding deer, bunnies, and turkey from your garden.  Insects are drawn to the flowers, which support a variety of wasps and flies. Caterpillars of moths and butterflies feed on the foliage.

New Jersey Tea is now planted widely for erosion control and hillside stabilization because of those stubborn roots and because, as long as it has adequate drainage, the plant is vigorous and undemanding. As the vigorous root system, once established, is prone to producing suckers, New Jersey Tea can quickly produce a thicket.

Aside from erosion control, gardeners should seriously consider adding this native to their landscaping, as a sensible alternative to non-native plants that have become suburban standards. These non-native plants (including Burning Bush, Japanese Barberry, and Asian Honeysuckle) do not support wildlife and may become invasive at the expense of native plants.

Flowers of New Jersey Tea can be used in making a light green dye. The rest of the plant yields a dye of cinnamon red. The root bark has long been valued for medicinal uses, often in treating bronchial ailments, and it has an astringent effect. The flowers and developing seed pods of New Jersey Tea can be used as a fragrant soap or body wash, even producing a lather when combined with water. One of New Jersey’s common names is soap bloom. It is sometimes used as a hair tonic.

Why is this plant named after the Colony, later State, of New Jersey? My sources remain silent on that point. But I plan to make New Jersey Tea a home here in what became the Western Reserve of the Ohio Territory.  I may even try it as soap.

4 thoughts on “New Jersey Tea: Making You an Offer You Shouldn’t Refuse”