The spotlight is shining on parsley this month. Parsley (Petroselinum crispum) is The Herb Society of America’s Herb of the Month for January and the International Herb Association’s Herb of the Year™ for 2021. The three most common varieties of parsley are P. crispum or curly-leaf parsley,  P. crispum var. neapolitanum or flat-leaf Italian parsley, and P. crispum var. tuberosum or turnip-root parsley which is grown for its root and is used in soups and stews.

Parsley has an interesting history dating back to Greek and Roman times. To the Greeks, parsley symbolized death and was not used in cooking. However, according to Homer, the Greeks fed parsley to their chariot horses as they thought it gave them strength. The Greeks believed that parsley sprang from the blood of one of their mythical heroes, Archemorus, whose name means “the beginning of bad luck.” From then on parsley had an association with death and misfortune. Victorious athletes in the Nemean games were crowned with wreaths of parsley, symbolizing the contest’s origin as a funeral game dedicated to Archemorus. The Greeks had a saying: “De ‘eis thai selinon” (to need parsley), which meant that a person was near death. They also decorated their tombs with parsley.

The Romans, on the other hand, wore wreaths of parsley to ward off intoxication and used it at meals to mask the smell of garlic. Perhaps this is where the idea of parsley as a garnish originated. It is said that the Romans also covered corpses with parsley to cover the smell of decay.

The Romans and the Greeks used parsley as a medicine. Pliny the Elder (23-79 CE), in Chapter 20 of his book The Natural History, talks about using a decoction of parsley seeds for  kidney troubles and ulcers in the mouth, and goes on to say that “fish also, if they are sickly in ponds,  are revived by fresh parsley.”

The Romans brought parsley to England, where colorful folklore arose around the herb, much of it centering around death and ill luck. In Devonshire, it was believed that transplanting parsley would offend the guardians of the parsley bed and that the person doing the transplanting would be punished within the year. In Surrey, it was believed that if someone cut parsley, that person would be crossed in love. In Suffolk, it was thought that parsley should be sown on Good Friday to ensure it coming up double. It was believed that when planting the seeds of parsley, the seed went to the devil nine times and back, with the devil keeping some of the seeds for himself.  This may have been an explanation for the slow germination of parsley seeds.

Parsley began to be eaten during the Middle Ages.  Charlemagne was said to have grown large quantities of parsley in his gardens for this purpose. Early immigrants brought parsley to the Americas where it was used as a culinary herb.

The association of parsley with death and misfortune played out again in 1937 with the execution of Haitian immigrants in the Dominican Republic. An immigrant’s safety depended on if they could pronounce the word “parsley” correctly. This was called the Parsley Massacre and you can read about this tragic piece of history connected with parsley at https://www.ibtimes.com/parsley-massacre-genocide-still-haunts-haiti-dominican-relations-846773. 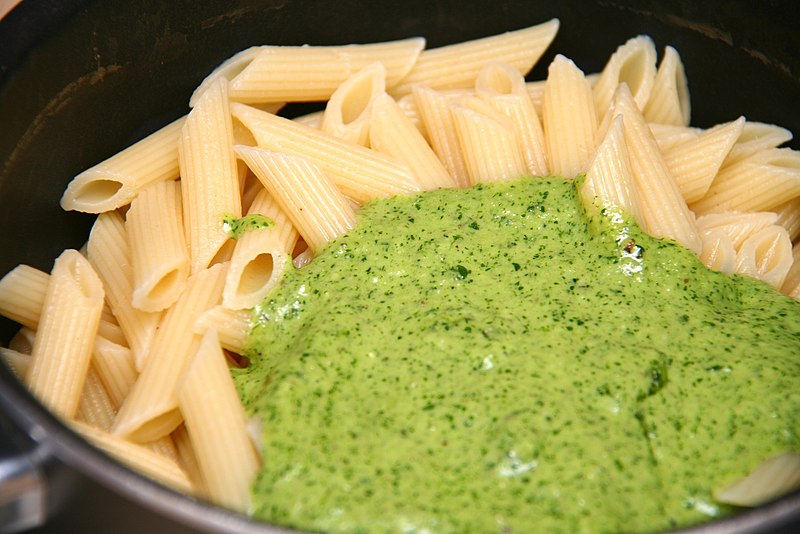 Parsley is a versatile herb in the kitchen. It adds brightness when sprinkled over any finished dish, and is good in salad dressings, soups and stews. It is one of the ingredients in fines herbes, the French persillade, South American chimichurri, and Mexican salsa verde. The Japanese deep fry parsley in tempura batter, and the Swiss serve deep fried parsley with their fondue. And of course, it is used in pesto. It truly is a universal herb.  Herbalist Madalene Hill, former President of The Herb Society of America, in her book Southern Herb Growing, says that her green butter recipe “should accompany most steaks and that its use will probably relegate the steak sauce and ketchup bottle to the back of the refrigerator where they belong.”  Her recipe is simply one stick of softened butter combined with two cups of finely chopped parsley and one tablespoon of lemon juice.

Parsley is a biennial herb and is easy to grow in moist soil in sun or part shade. It is a good companion plant in the garden, warding off asparagus beetles.  Tomatoes, peas, carrots, peppers and corn will also benefit by having parsley nearby.  The flowers attract bees and hoverflies which eat aphids and thrips. It is also said to improve the scent of roses and keeps them healthier. I like to use parsley as a border plant in my garden, which the Greek and Medieval gardeners were also fond of doing. A benefit of including parsley in your garden is that it is a host plant for the swallowtail butterfly, which will frequently lay eggs on the plant. 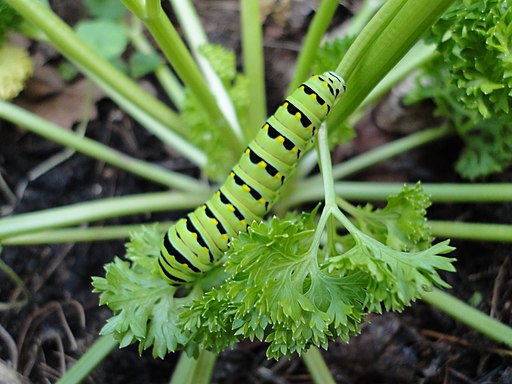 Without a doubt, parsley does have medicinal benefits. It is high in vitamins A, C, and K, and contains antioxidants. The leaf, seed, and root are used in medicine. People have used it to treat bladder infections, kidney stones, gastrointestinal disorders, and high blood pressure. Some apply parsley to the skin to lighten dark patches and bruises. It is also used for insect bites.  Pregnant women are advised not to take parsley in medicinal amounts, as it increases menstrual flow and has been used to cause abortion.

For more information on parsley, go to The Herb Society’s Herb of the Month web page and the Essential Facts for Parsley.

Maryann is the Secretary of The Herb Society of America and a Master Gardener. She is a member of The Society’s Texas Thyme Unit in Huntsville, TX. She gardens among the pines in the Piney Woods of East Texas.