In 2001 when I was the National Herb Garden intern, my internship project was to research the plants in the Fragrance Garden and write the copy for the permanent display labels. I was delighted to get to research the Fragrance Garden, because so many of my favorite plants are fragrant plants, and I love them, both for their wonderful scents, but also for their often romantic and beguiling histories. So many of those stories could not fit on those small labels, but they stayed with me all these years nonetheless. My favorite was the story of how patchouli became known in the West, a story that involves French fashion, mistaken identity, and Napoleon Bonaparte.

You may have a strong reaction to just hearing the word “patchouli.” It seems to be one of those love-it-or-hate-it smells. I love it, but I understand disliking it. It is very strong and musky and extremely persistent (more on that later). Or maybe you dislike it because of its strong association with that other love-them-or-hate-them topic, the hippies. American and European young people flocked to India in the late sixties and early seventies and brought patchouli back home with them, along with other Indian goods and practices now associated with the hippie counterculture, like marijuana, incense, mala beads, colorful printed cottons, yoga, meditation, sitar music, and vegetarianism.

Patchouli oil is distilled from Pogostemon cablin, an herbaceous shrubby perennial in the mint family. The scent is variously described as musky, woodsy, earthy, sensual, and camphoraceous. Those who dislike it may agree more with this quote from an 1856 Ladies Home Companion article: “It is far from agreeable, having a sort of mossy or musty odor, analogous to Lycopodium; or, as some say, it smells of ‘old coats’.” 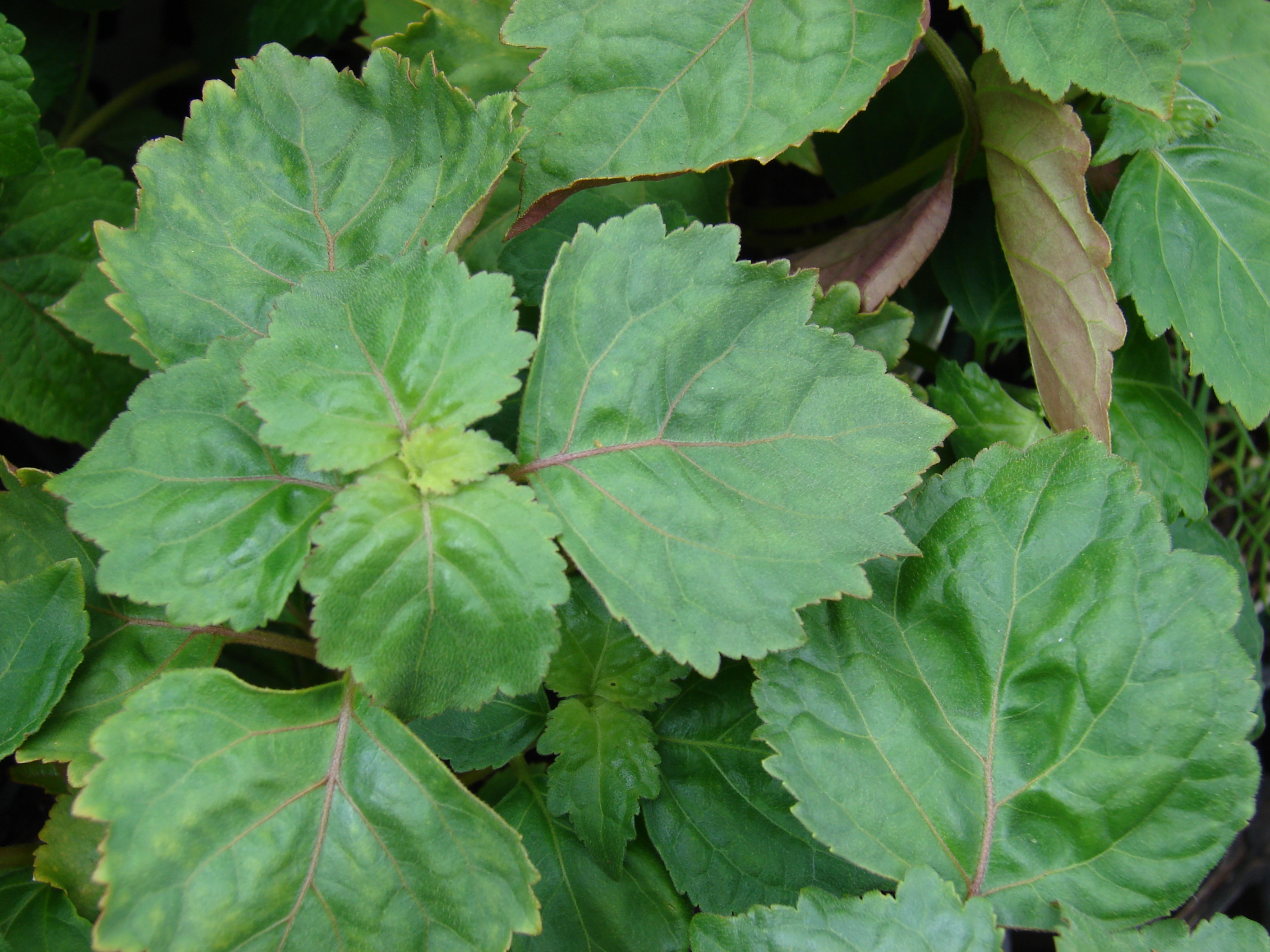 Nevertheless, it is an essential ingredient in the perfume world, where it is an extremely common base note found in a majority of perfumes today, at least in small quantities. It is found in Opium, Coco Mademoiselle, Paloma, Tabu, Arpege, Miss Dior, and many others. The oil is both very strong and long lasting and is also an excellent fixative, which means that it “fixes” whichever scents it is blended with, making the more volatile top notes last longer. It is said to have the rare property of deepening and improving with age, becoming richer and more complex, unlike most essential oils, which degrade over time (the same is said of sandalwood, vetiver, and frankincense). In small amounts and blended with other scents, it isn’t necessarily discernible as patchouli, but it lends the perfume a rich, warm, well-rounded base. It is also used in very low concentrations in the flavor industry to flavor beverages, food, and candy! In India, it is used to scent tobacco. Interestingly, there is no synthetic version.

Fun side note: Regarding patchouli’s fixative properties, one source I encountered suggested that it may have had the unfortunate effect of fixing (rather than masking) the smell of body odor when worn by unwashed hippies and thereby amplifying their body odor. So when some people say they dislike the smell of patchouli, it may actually be the blended scent of patchouli and body odor that they are remembering as so objectionable! 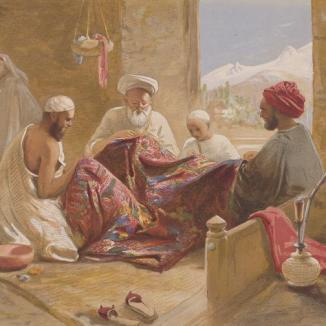 Although India is where many Americans first encountered patchouli, Pogostemon cablin is not native there, and was probably not introduced to India until about 1834, around the time it was first described in the West. Pogostemon cablin is believed to be native to the Philippines, and grows wild in Malaysia, Indonesia, and Singapore. But the name “patchouli” derives from a Tamil word meaning “green leaf” and was, since ancient times, applied to several related plants with similar strong camphoraceous scents, including Pogostemon heyneanus and other Pogostemon species, Microtoena patchouli, and Agastache rugosa, all of which were used medicinally and as insect repellents. When Pogostemon cablin was introduced to India, it was also called patchouli and used in similar ways, being the most potent of all. Pogostemon heyneanus is known as Java patchouli and is grown commercially on a much smaller scale than P. cablin.

Pogostemon cablin is a tropical and subtropical crop that prefers warm, humid weather, loamy, well-drained, fertile, and slightly acidic soil, and full sun or partial shade. Today, it is cultivated in Malaysia, Indonesia, China, India, Vietnam, and the Caribbean and is often grown as an understory crop with tree crops such as coconut (Cocos nucifera), rubber (Hevea brasiliensis), and oil palm (Elaeis guineensis). It is generally pest free and easy to propagate from cuttings.

And now for the story that so tantalized me. As a lifelong seamstress, I love textile history and lore as much as all things herbal, and this story has both! The history of patchouli arriving in the West is inextricably bound up with the history of Kashmiri shawls. Beautiful, ornate, woolen shawls have been woven in the Kashmir valley on the border of India and Pakistan for many centuries (documented to the 11th century, and believed to go back to the 3rd century AD), and have been widely known as a luxurious status symbol for just as long. They were woven from yarn spun from the soft undercoat hairs of the Changthangi goat, which have to be raised at high altitudes in order for the goats to produce such

delicate silky fibers. The hair–and resulting yarn–is extremely fine textured and is known as cashmere (a variant spelling of Kashmir) or as pashmina (a term originally referring only to the very finest grade of cashmere but now diluted to near meaninglessness). One shawl could take a team of weavers many months up to a couple of years to produce, and the finest shawls cost the equivalent of about $10,000 in today’s dollars. They were gifted to and worn by royalty and the ruling elite throughout India, the Middle East and Near East, and beyond. By the mid-1700s, the shawls were finding their way into Europe, brought home to England and France by officers with the East India Company as gifts for their wives, and by the late 1700s, there were also textile factories in Scotland, England, and France creating imitations from fine merino wool and eventually from cashmere yarn imported from the East.

Around 1800, Napoleon Bonaparte acquired one of these shawls while in Egypt and gave it to Empress Josephine as a gift. The shawls then exploded in popularity and were highly sought after. Josephine

herself eventually collected hundreds of them. Those “in the know” considered it essential to acquire an authentic imported Kashmiri shawl and not one of the inferior domestic imitations. A reliable way to tell them apart, at least prior to about 1830, was by their scent! For when the shawls were packed for shipping in Kashmir, they were layered with dried patchouli leaves to repel moths. The enduring scent infused the shawls and added greatly to their mystique and glamour. The fragrance became as fashionable as the shawl, but for years, no one in the West knew its source. By 1826, French perfumers figured out that the source of the scent was the crumbled brown packing material, and eventually plants were located, imported, and grown in greenhouses. However, the plant that was imported was Pogostemon cablin, while scholars now believe that it is far more likely that it was actually the milder Pogostemon heyneanus that was being used for packing. The leaves were steam distilled for their oil, which was used on shawls, scented handkerchiefs, and in perfumes. The dried leaves were used in potpourri to scent parlors and drawing rooms in England.

The shawls, and the scent of patchouli, were an essential item of fashion from 1800 up to about the early 1870s. Many women of high society had their portraits painted wrapped in their shawls. The shawls paired well with the clingy Empire style gowns worn in the early part of the century (think Jane Austen movies) and also with the full crinoline and hoop skirts of mid-century. However, they did not go as well

with the bustled dresses coming into fashion in the 1870s and so fell out of fashion in favor of fitted jackets. Economic and geo-political changes also hurt imports. Additionally, the scent of patchouli also gradually fell out of favor as it became associated with licentiousness and marital infidelity, as its persistence would often betray the guilty parties, and among “respectable” women, lighter floral scents like violets and lilac came into style.

One last fun side note: The curvilinear motif so common on the borders of the shawls is an ancient Indian motif at least 2000 years old but became known in the West as “paisley,” because the Scottish town of Paisley was such a major center for European production of these shawls that all such shawls eventually became known as “paisley shawls,” regardless of their geographic origin. Thus, the word “paisley” eventually came

to refer to the motif itself. The pattern endured in European fashion and decorative arts, coming in and out of style over the years, and eventually exploding in popularity once again in the 1960s, right along with patchouli oil as perfume!

Amy Forsberg follows her dual passions of gardening and sewing in Maryland. Previously, she gardened at the U.S. National Arboretum, the U.S. Botanic Garden, and the Hillwood Estate Museum and Gardens. She was the 2001 National Herb Garden intern.