The season of lights is upon us. During this darkest time of the year, we gravitate to earthly sources of light to keep things merry and bright. 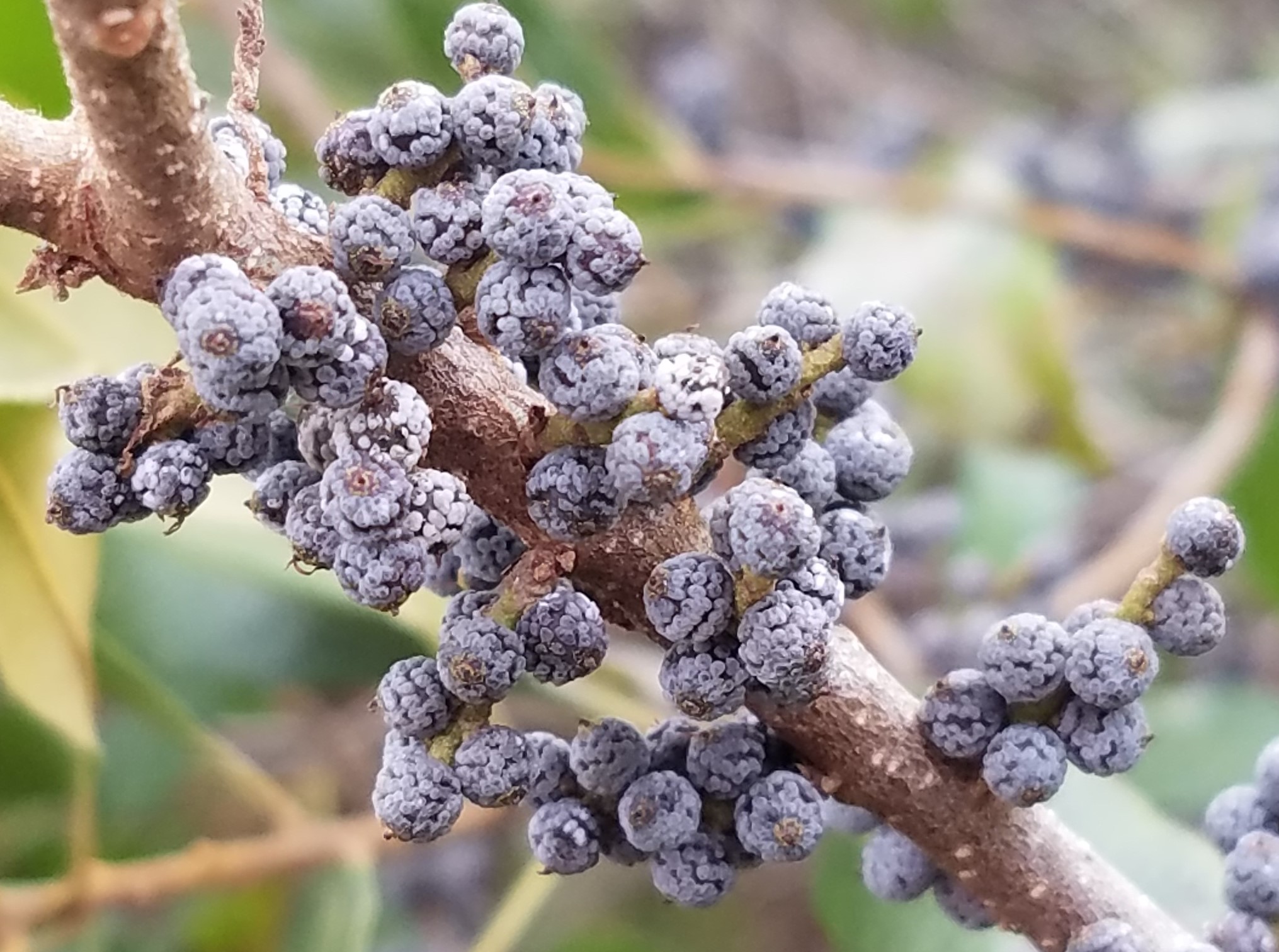 Early in our history as a country, many were short on money and luxuries such as candles. Livestock numbers were as yet too low to produce the quantity of tallow needed to make candles affordable, so following the lead of Native Americans, householders turned to candlewood to provide light on winter evenings.

We know candlewood as fatwood or pine knots—the resin-impregnated heartwood of pine trees.  Pines that were cut to clear land, build homes, and provide heat for warmth and cooking left stumps in the ground. Those stumps, full of resin, hardened and became rot-resistant…and were an easy source of candlewood. Slim slivers cut from the wood burned hot and bright.

Alice Morse Earle, writing in the 1800s about life in Colonial America, quoted a statement made by Rev. Mr. Higginson in 1633:

They are such candles as the Indians commonly use, having no other, and they are nothing else but the wood of the pine tree, cloven in two little slices, something thin, which are so full of the moysture of turpentine and pitch that they burne as cleere as a torch.

Though efficient, abundant, and readily available, candlewood produced copious amounts of smoke, along with a strong scent of turpentine, making it less desirable than more traditional candles. Those living along the coast had the advantage of another source of light: fish oil, with which they filled lamps.

It wasn’t long before enterprising New England Colonists discovered the virtues of bayberry (Morella pensylvanica), a deciduous shrub common along coastal plain areas.  The branches, leaves, and fruits are sweetly aromatic, and were used by Native Americans for a variety of medical complaints, including gum disease. 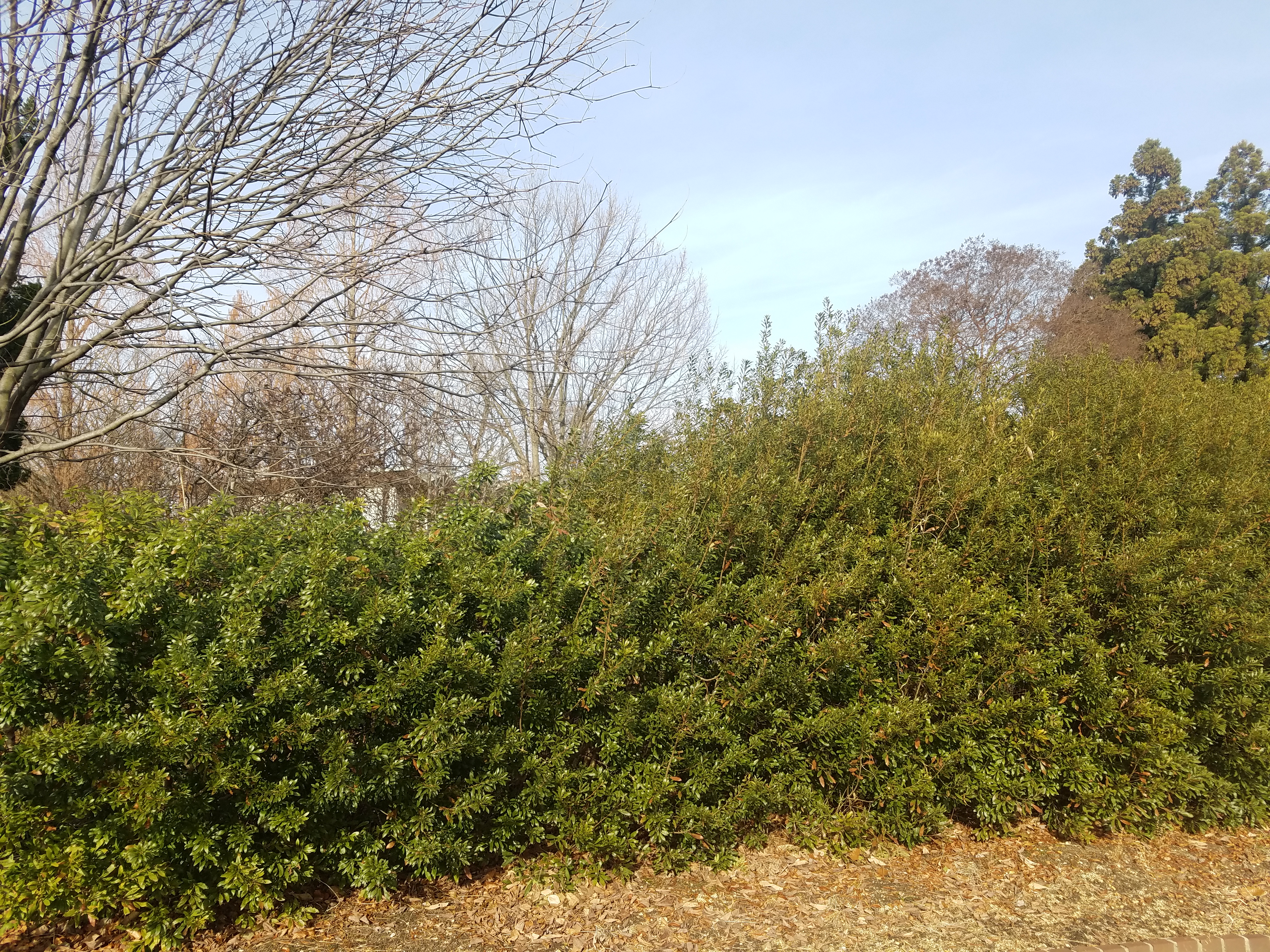 Here in North Carolina, southern bayberry (Morella caroliniensis) is evergreen and native to our coastal plain and the Outer Banks.  There are other species, mostly on the East Coast. Morella cerifera, wax myrtle, is native from Maryland south to Florida and westward to Texas. Morella inodora, scentless bayberry, grows from Georgia to Louisiana and south to Florida. The outlier is M. californica, California wax myrtle, reaching from southern California through Oregon and into Washington.

The dark blue berries (non-edible drupes) of these waxy species are covered with a grayish-white waxy substance. Boiled in large vats of water, the wax floats to the surface, where it is skimmed and transferred to another pot for refining. Peter Kalm, a Swedish naturalist writing in 1748, reported that the wax “acquires a fine and transparent green color. This tallow is dearer than common tallow, but cheaper than wax.”

The end product was somewhat brittle, but burned slowly and without smoke.  Even better, when extinguished, the candles yield a pleasant, warm aroma with the exception of M. inodora.  Kalm also reported that “in Carolina they not only make candles out of the wax of the berries, but likewise sealing-wax.”

The berries are small and the waxy coating thin, making enormous quantities necessary to make a candle—eight pounds of the berries are required to make one pound of wax. The candles were so popular that in 1687, Brookhaven, New York, passed a law to help protect the plants: gathering of the berries before September 15th of the year brought a fifteen shilling fine.

To alleviate the problem of brittle candles, a small amount of beeswax was added before forming the candles. Bayberry was the longest burning candle of all, giving rise to the uniquely American tradition of burning bayberry candles on Christmas Eve and New Year’s Eve.

The bonus to these clean, attractive, long-burning candles, was the fragrance released in a whiff of smoke when extinguished. So nice, in fact, that people were tempted to periodically extinguish and re-light the candles to enjoy the scent. That might, technically, violate the luck-bringing requirements of the New Year’s Eve tradition:

A Bayberry Candle
burned to the socket
brings Luck to the household,
Food to the larder
and Gold to the pocket. 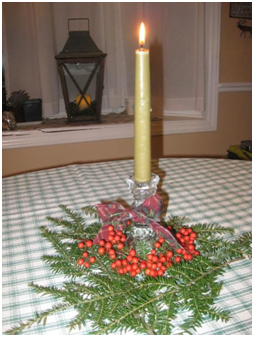 Not only must the candle be burned on New Year’s Eve, but must be burned through one night and into the next day/year. A contemporary ten-inch taper will burn about 5-7 hours, so lighting one at dinner should last past midnight. If you stay up to bring the New Year in, your candle will probably burn down shortly thereafter. If you retire early and hesitate to leave an unattended candle burning, a friend suggests putting  your burning candle, securely in a candle holder, into the kitchen sink with no curtains or such nearby. You will miss the fragrance as the flame dies down, but you will have good luck for the next year.

You can grow bayberry in sandy or well-drained soil, slightly on the dry side, and in full sun or part shade (determine the native habitat in your area).  The shrubs where I live grow from three to eight feet tall, and if you have both male and female plants, and do not fertilize heavily, you will have a source for making your own candles.

If you purchase your candles, make sure to get those with actual bayberry wax rather than just bayberry “scented,” and enjoy a bright and happy holiday season.

Katherine Schlosser (Kathy) has been a member of the NC Unit of The Herb Society since 1991, serving in many capacities at the local and national level.  She was awarded the Gertrude B. Foster Award for Excellence in Herbal Literature and the Helen deConway Little Medal of Honor.  She is an author, lecturer, and native herb conservation enthusiast eager to engage others in the study and protection of our native herbs.